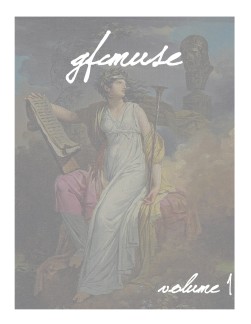 A dog came into view, coming from the other side of the structure. Tim began to growl. “Stop it!” she hissed. Timber fell silent but the dog was aware of their presence. It immediately began to bark. A cold shiver of panic crept up Julip’s back. If there was a hostile person in there, she wouldn’t have any strength to fight them. Hell, there could be more than one person in there and that’s what scared her the most. Unexpectedly, the cabin door opened and an older man stepped out. He wore a thick flannel jacket and well-worn jeans. As he went down the stairs, there was something off about the way he moved. He turned all the way around to look in the direction the dog was barking. “Who’s there, boy?” he called, using his hand to shield his eyes from the setting sun. Julip hesitated. The man’s dog was five feet from them and the man followed it with a shotgun in hand. Her heart thudded against her ribs. She was breathing in a hushed manner. She tried to lean back and use the tree she was sitting against as a blind but the man looked up and met her eyes. He was blind in one eye. “Don’t mean no harm, do ya?” the man said, calmly but firmly. Julip shook her head. “No sir. I-I . . .” He came up to meet her. “You’re hungry,” the man said matter-of-factly. Julip nodded. He looked at Timber who was guarding her. A look of almost admiration lit his remaining eye. “Wolf?” Julip petted Tim’s head. His tail gave an anxious flutter. “Yeah.” her heart was still racing but it was beginning to slow down. “Well c’mon in. Duke and I are cookin’ pheasant.” Upon entering the man’s cabin, Julip’s eyes darted around the room. There was another door off to the left side of the room. She set her bag and bow by the door within sight just in case she needed to make a break for it. Timber sat quietly next to Julip who sat on a makeshift couch. The man was tending the woodstove, feeding it small logs. “Don’t get a lot of folk up here,” he began, finally sitting down on an old recliner across from Julip. “Been hard to find food,” Julip spoke up. Duke, the man’s large German shepherd, stretched out on the floor by the woodstove. This eased the anxiety out of her shoulders. “That’s why Duke and I moved up here this spring. Snow run-off fed the river a mile from here. Was dig- ging a trench and came across ground water!” His expression brought a smile to Julip’s mouth. “So your well is full?” She wasn’t sure if the water table changed with the intense heat. “Yep. Been able to use it to grow some food. You know the man who runs a trading post out of his cab- in? Don’t know if he still does . . .” Julip nodded. “He still does.” “Bought up his seeds, about 20 pounds of 40 different fruits and vegetables. Traded him a generator.” Julip couldn’t believe she’d never thought to grow her own food, but then, the Arid wasn’t very accom- modating. She barely found water as it was. The familiar sound of crackling food erupted from the woodstove’s range. “Almost forgot,” he said, getting to his feet and taking the pheasant off the heat. Duke gave a lazy groan as the man scooted past him to grab blue enamel plates. Julip watched as he carefully cut the pheasant in two. He offered her the plate; she hesitated but then took it. It smelled delicious. Her stomach howled and so did Tim’s. “I have nothing to trade you,” Julip started, but the man waved her off. “Nonsense. You are our guest.” Julip smiled and started to take apart the pheasant, savoring the crunch of the skin and the succulence of the meat. Tim lifted a paw and rested it on Julip’s arm. He was eyeing her bones. “I’ve got some scraps if he wants some. Ole Duke ate his fill. He’s welcome to them.” The man pointed at the dish of bones and scrap meat next to the woodstove. Tim’s eyes followed. He looked back at Julip for ap- proval, giving a low whine. “Go ‘head then,” she said. Tim sprang up, startling Duke, and started cracking bones and swallowing loudly. “My name’s Jeb by the way.” 27
edit