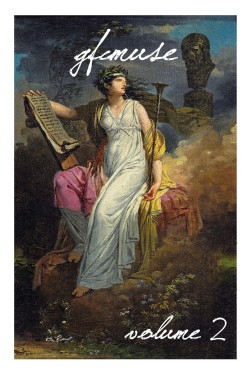 with wild caribou in a field in Alaska, he smiles with tears in his eyes (Into the Wild). To be free from a restricting home life and do as he pleased as an independent adult must have made Chris incredibly happy and exuber- ant. The accounts of his anger toward his family and acquaintances were accounts of his reaction against his home life and the pressures put on a late-twentieth-century American. He was imprisoned in a role that he didn’t want, where he was an honors student and a high achiever, who was obliged to make his family proud. His parents also lived a life of hypocrisy in the name of American success. He had a right to be angry at a system that rated material gain as more important than personal happiness. He was also part of a highly dysfunctional family life, where his father would routinely beat Chris's mother and she, in turn, would refuse to acknowledge the abuse. While he was not physically harmed he was emotionally traumatized by the actions of his father as well as his mother’s denial of her mistreatment. His escape from his life marked how intense, stubborn, and idealistic Chris was, as well as how Chris’s family, friends and acquaintances could not un- derstand or empathize with his actions. The movie used water and shots of the sky as symbols and high- lights for civilization, nature and Chris’s character. There were several scenes where water was used as a personal obstacle in the narrative. Chris’s vehicle was made inoperable by a flash flood in the desert and he had to continue travelling on foot. This scene proved his resilience in the face of danger and hardship. Chris also swims in the ocean to overcome his fear of open water and reach out to another character who is in pain. At this point he is shown as unselfish and compassionate. He kayaks down dangerous river rapids as a further test against his fear, and he continues a large part of his travels on the open water. Later, in Alaska when he is all alone, he floats by himself down a river. At this point he has embraced adventure and nature. At the final point in his journey, spring flooding in an Alaskan river prevents him from leaving the wilderness and he dies as a result. The symbolism that can be taken from these scenes is Chris over- coming his fear of nature and finding a sense of mastery and peace with it, especially in a scene where he floats gently and smoothly down a clear mountain river. But then water tests and threatens him, and he is ultimately overcome by its natural power: ultimately, nature prevents 42
edit